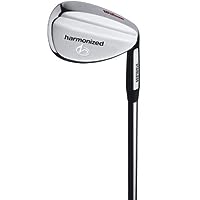 Wilson Sporting Goods has long been known for supplying people with quality sports equipment. Since 1914, Wilson has been selling basketballs, baseballs, and footballs to the general public as well as organized sports. Wilson also recognized that golf was a very popular activity in the world and they wanted to present their unique products to the world that they felt would change the face of golf forever.

Wilson Golf knew they needed the backing of a professional golfer of the time to add credibility to their products, so they contacted one of the best. Gene Sarazen was the first golfer to become a member of the Wilson Advisory Staff and would have a 75-year relationship with the company, the longest-running contract in sports history. His career would earn him 39 PGA titles including two U.S. Opens, three PGA Championships, a British Open title, and a Masters victory on his way into the PGA Hall of Fame in 1974.
Over the years Sarazen was joined by such golfing greats as Sam Snead, Walter Hagen, Arnold Palmer, Nick Faldo, Payne Stewart, John Daly and Vijay Singh to name a few of the Wilson Advisory Staff over the years. This type of professional endorsement made Wilson Golf a household name.

Wilson golf was instrumental in participating in the introduction of some new concepts in the game of golf. They provided the financial backing for Patty Berg and “Babe” Didrickson Zaharias to found the new Women’s PGA, now known as the LPGA.
Wilson Golf helped introduce the modern era of power golf with the introduction of the Wilson Staff ball, the famous ‘long ball’ that springs off the club face 40% faster than the speed of the club head. From 1954 the Wilson Staff ball has helped win more Masters and U.S. Open Championships than any other ball.

In the 1980’s, Wilson Golf’s Staff irons were #1 on Tour. The Staff Tour Blade was introduced, as well as the Staff persimmon woods with an aluminum face insert. Wilson launched another landmark golf ball – the Ultra – and advanced sales far surpass any previous ball in the company’s history.

Over the years, Wilson Golf has continued to pioneer the industry in club design as well as golf ball design. They have introduced some amazing new golf clubs along with long range balls that can increase the distance a golfer can hit the ball.
Their use of nanotechnology in manufacture of their clubs make Wilson Golf clubs some of the lightest and most reliable in the golf industry today.

Cookies help us deliver our services. By using our services, you agree to our use of cookies. Learn More Accept

Wait! We have something for you...

Don't leave empty-handed! Simply enter your email below and we will send you a great discount on our products:

We hate spam as much as you do! Your details are never shared and you can unsubscribe at any time.